What is rheology and how does it relate to industrial lubricants?


Industrial lubricants work under extreme operating conditions and stress that can severely affect their structure, behavior, and performance—anticipating this is critical for appropriate lubricant selection. In this article, Interlub provides a brief introduction to the field of rheology, the science that studies how fluids move under different circumstances.

Rheology is a specialty area within Physics that analyses the stress-deformation ratios of fluent materials. These fluidity and deformation behaviors depend, mainly, on three factors:


1. A material’s internal structure
2. The external stress that acts on materials
3. Temperature 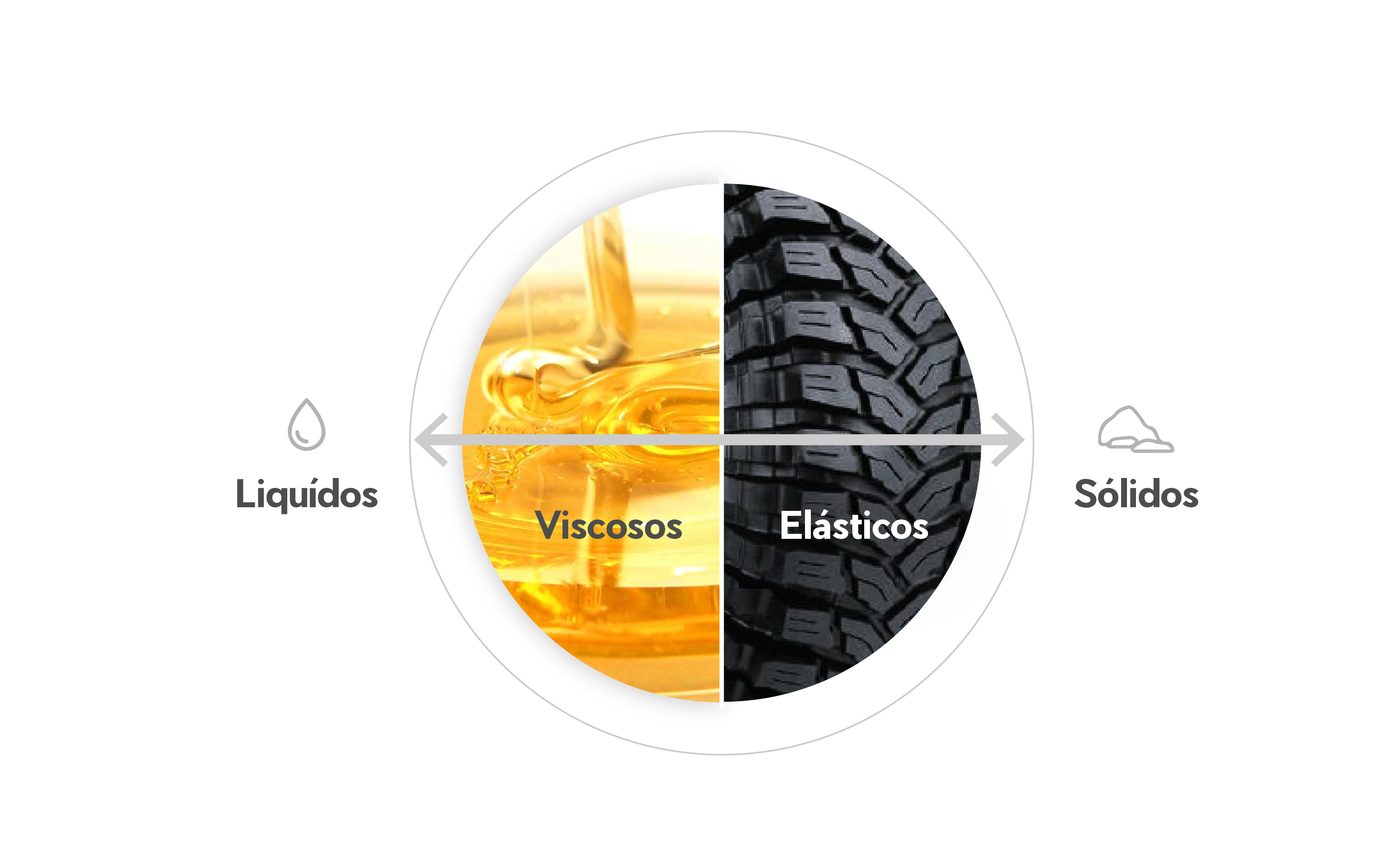 Image 1: Viscoelastic materials have a behavior that’s between liquid and solid.

When materials with viscous behavior become deformed, they lose energy and don’t come back to their original form (see yellow shape below).

When materials with elastic behavior become deformed, they store energy and use it to return to their original form (see red shape below).

Image 2: Energy experiment on materials with viscous and elastic behavior.

Rheology helps predict the behavior of industrial lubricants that submit to external stress. This helps in dealing with the fact that greases usually have the properties of viscoelastic solids with an elastic behavior, while industrial oils can behave like Newtonian fluids or like viscoelastic fluids, depending on their formulation.

Rheometry and the rheometer: Measuring material fluidity and deformation 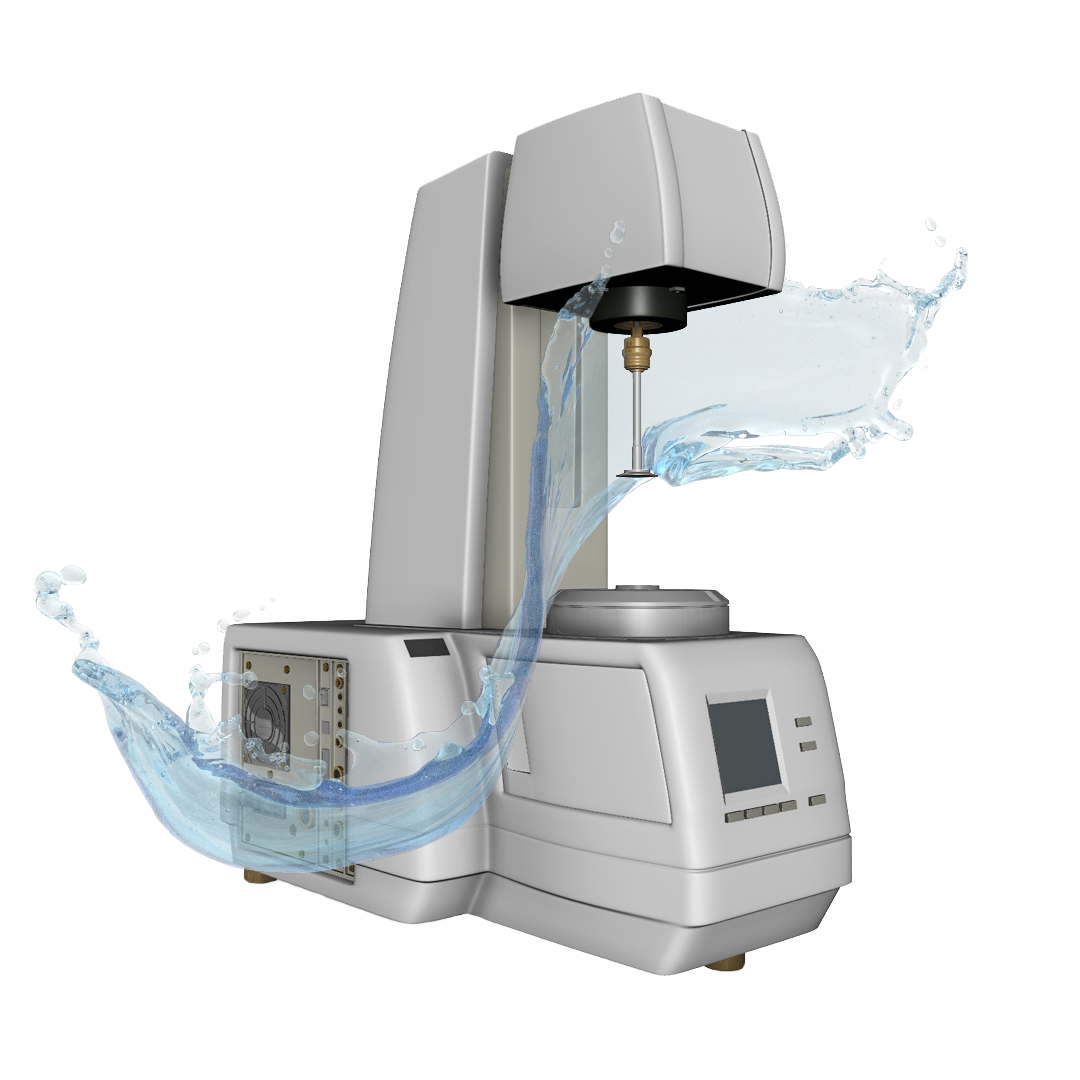 A rheometer helps to evaluate the viscosity and elasticity of materials through the measurement of stress and deformation.

A rheometer takes its measurements using the Parallel Plates model. With it, the instrument can relate the variables of Shear Stress and Shear Rate to take the necessary measurements.


This equipment has two parallel plates working together, separated by a set height. The upper plate has an oscillating or rotating movement, while the lower plate is static. In between these two plates is the lubricant to analyze.


The viscosity of a fluid is the measure of its resistance to deformation. When a liquid deforms, the material’s molecules crash against themselves, generating internal friction that causes resistance to flux. The more resistance a fluid offers, the more viscous it is.

A rheometer helps to measure the viscosity of a fluid, where Viscosity (η) is a relation between Shear Stress (τ) and Shear Rate (γ). 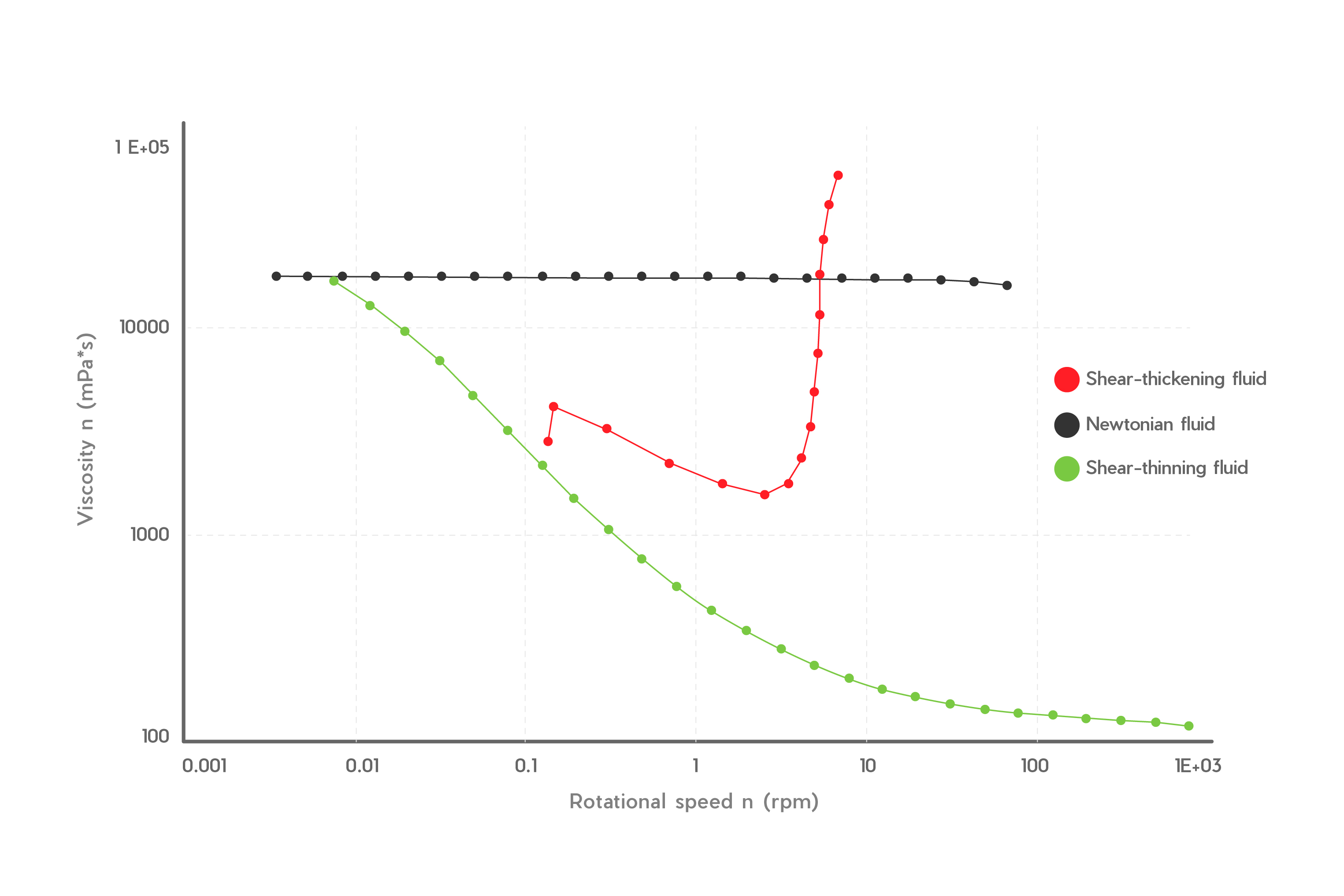 A rheometer can also make a temperature sweep test, which helps observe the behavior of a material’s structure at different temperatures.

For this test, a material’s temperature varies at a constant frequency and amplitude.

The shear-thinning (pseudoplastic) behavior of a fluid is when it loses viscosity as speed increases.

This is relevant to industrial oils, as the most important parameter to select an oil for a specific application is its operational viscosity. When an oil loses its viscosity through its use, it can cause problems in the equipment that uses it. The same can happen when not considering an oil’s increased viscosity as part of its selection.

A rheometer can measure the deformation that a viscoelastic solid suffers under shear stress. Deformation being the relation between the material’s displacement distance (s) under stress, and the height (h) of separation between the rheometer’s plates.

The relation between the two moduli defines where in the solid-liquid spectrum a material is.

During this test, a material’s deformation amplitude varies at a constant frequency and temperature. A resulting graph puts the elastic and viscous moduli against the deformation percentage or applied stress. Three things come up as a result:

1.The lineal viscoelastic range. This range is present when the application of shear stress begins. Within this range, the proportion of the elastic and viscous moduli doesn’t change, no matter how much the material deforms or how much applied stress there is.
2.Yield point. After crossing this point, the proportion of the elastic modulus starts to fall. The greater the elastic modulus, the more rigid the material is.
3.Flow point. As a material deforms, it reaches its flow point, where its elastic proportion is less than its viscous proportion. At this point, the material has lost its structure and isn’t storing energy. In the case of greases, this is where they lose their form and start to flow. 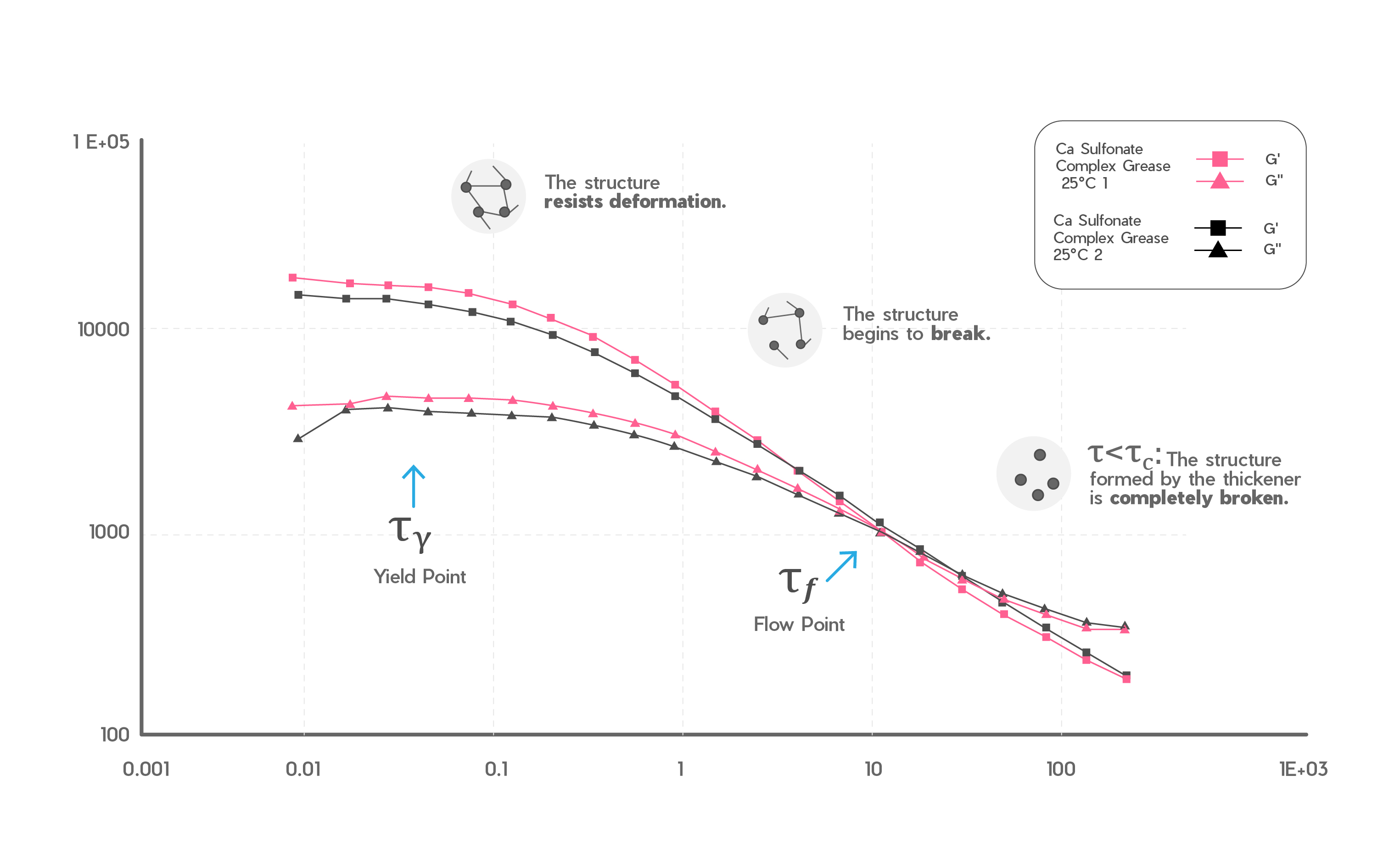 This is an example of the rheological behavior of different greases as the result of an amplitude sweep test, where each grease has a different consistency: 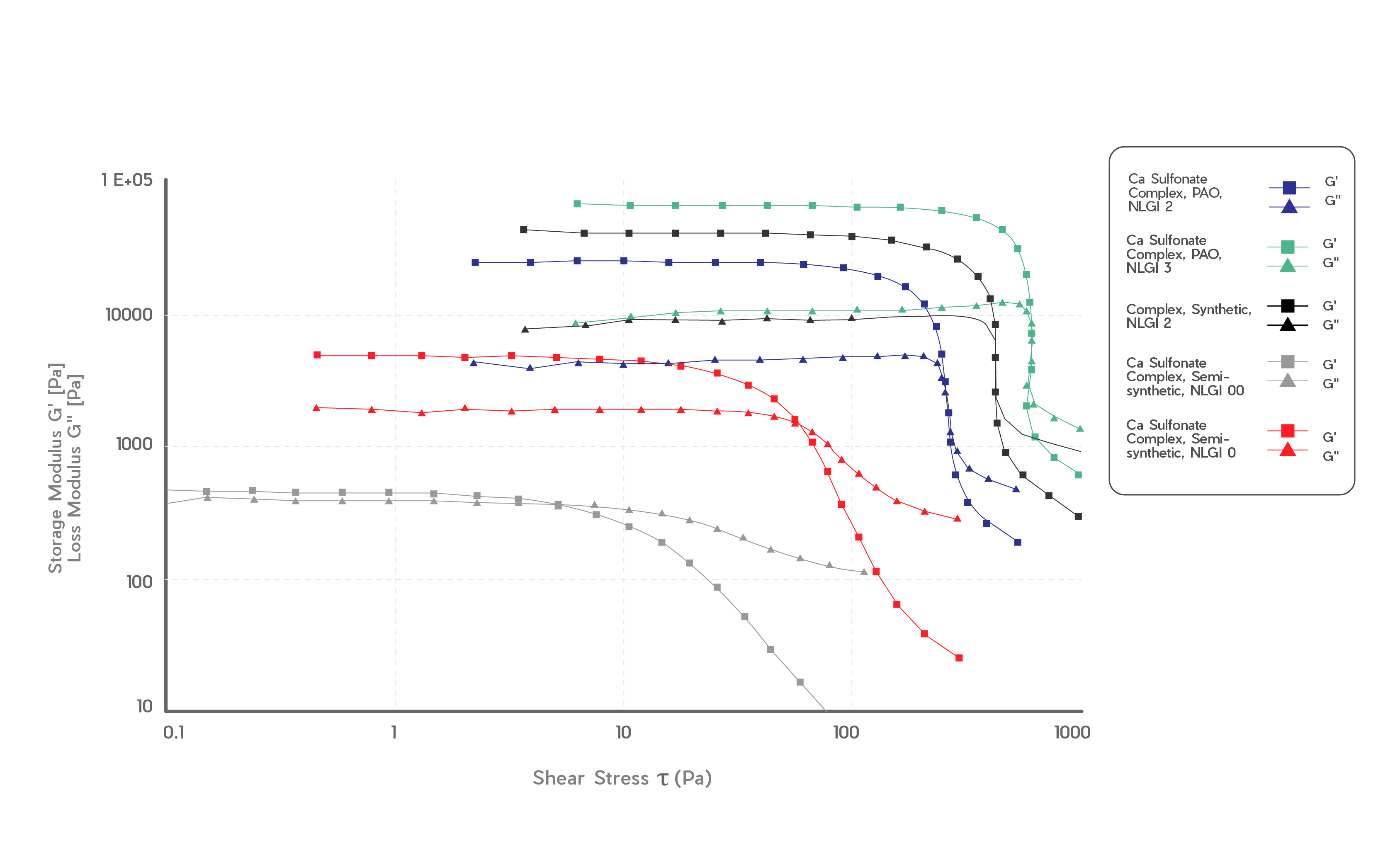 A rheometer can also make a temperature sweep test, which helps observe the behavior of a material’s structure at different temperatures.

For this test, a material’s temperature varies at a constant frequency and amplitude. 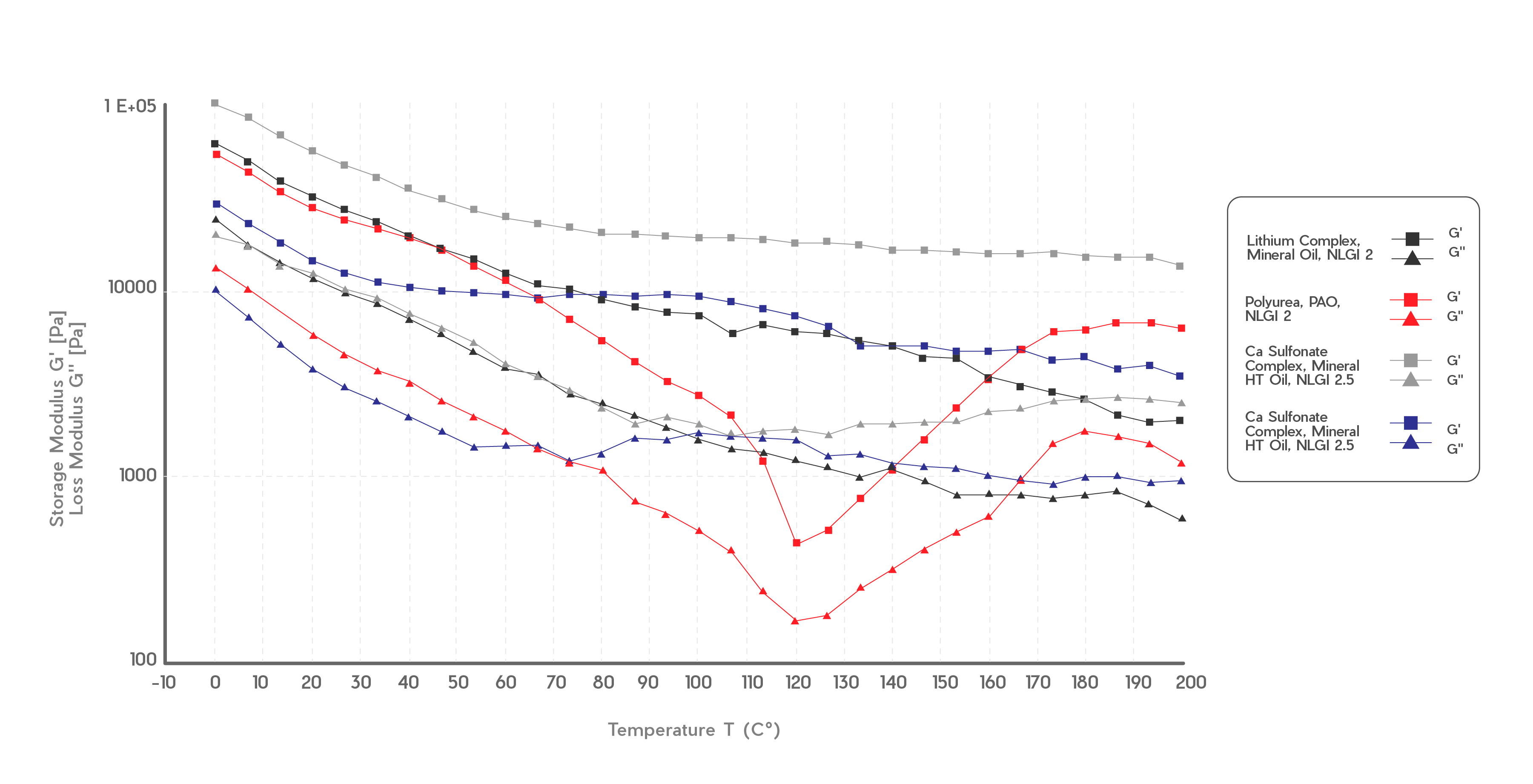 In this test, it’s important to identify any crossings between the elastic and viscous moduli. Crossings mean that temperature makes the grease lose its structure. Also, the more lineal the behavior of the grease, the less temperature affects its structure and consistency.

The use of rheometers provides Interlub’s consultants a sharper understanding of their products’ performance under different circumstances. This, in turn, has helped them make more effective product recommendations that have led to significant reductions of total maintenance costs.

If you’d like to explore opportunities for improvement, Interlub’s experts can run a 360° diagnosis of your operating conditions to recommend the ideal lubricant.

Get the newest articles and be up to date on everything that happens on the lubrication world.